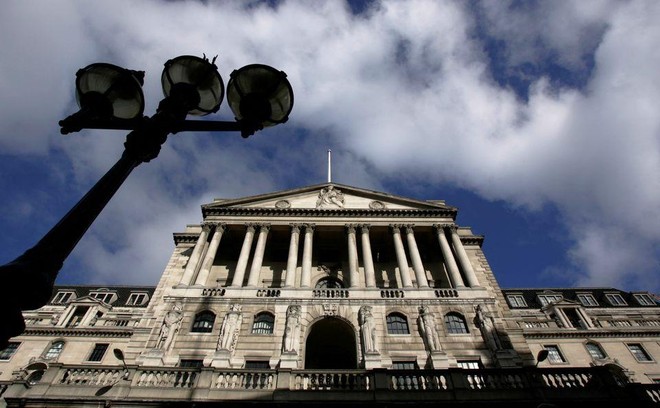 Recent & Erratic moves in the pound value and the U.K. government bonds mean traders are in panic mode, forcing the Bank of England to step in to calm things down.

The spectacular drops within the past week were sparked by Prime Minister Liz Truss’s dramatic policy decision to borrow billions to cut taxes in the hopes of supercharging economic growth. However, the market deemed the plan to have little chance of success.

After the unexpected response, Governor of the Bank of England Andrew Bailey was left with few viable options. The BoE began purchasing longer-dated government bonds on Wednesday to calm the market. It has only ever taken that extraordinary action in times of major crisis and will only be effective for a short period. The central bank is also attempting to tighten policy to slow the fastest inflation in decades, so it can’t continue.

Beyond that, rumors about what might occur next include:

The British government was openly encouraged by the IMF on Tuesday to review Truss’s actions.

In the meantime, faith in the U.K., both at home and abroad, has vanished.

It is worth looking at its past period of woes to understand how the world’s sixth largest economy finds itself in such a dire predicament.

The U.K.’s fortunes have been declining in fits and starts for 15 years, as shown by the pound’s value. By 2007, a pound was worth more than $2. Currently, strategists expect that it will shortly drop below parity.

The financial crisis was especially hard on Britain and its sizable banking industry and was the beginning of its collapse. The nation’s productivity growth rate dropped from one of the highest among advanced nations to one of the lowest almost immediately, a significant underpinning of the overall economic expansion. In 2008, the pound dropped 26% to roughly $1.50.

In the aftermath, Britain experimented with the doctrine of “expansionary austerity,” or the idea that cutting public spending in the depths of an economic downturn would eventually boost growth by increasing confidence. It failed, and Britain’s crisis recovery was slower than most.

Following the U.K., the currency fell 16% to $1.23 in 2016. Voters decided to leave the European Union’s free-trade area. As businesses deal with the uncertainty of the size of the new barriers with their biggest commercial partner, investment spending tanked for years.

It also caused a rapid turnover of governments, all of which were headed by the current Conservative Party. Then-Prime Minister David Cameron handed over to a new leader, Theresa May, after the Brexit vote.

In 2019, Boris Johnson took her place. He called a snap election, won with a larger margin of victory, and ran a straightforward “Get Brexit Done” campaign. Johnson’s Brexit proposal promised to depart from European regulations, resulting in a significant trade barrier rise.

When Johnson was removed as prime minister, following a series of setbacks this year—including having drinks with colleagues in his office while the country was in lockdown—his successor Liz Truss and Chancellor of the Exchequer Kwasi Kwarteng decided that the years of economic stagnation had to come to an end.

According to economist Duncan Weldon, who wrote the book Two Hundred Years of Muddling Through The Surprising Story of the British Economy, “We just had 10 to 15 years of appalling growth.” “They had a good argument that we should change tact rather than keep doing the same things and getting the same outcomes.”

Kwarteng announced the largest tax cuts since 1972 shortly after taking office at the beginning of September to turn around the nation’s fortunes. The theory is that a wave of reforms will unleash productive capacity and increase output faster.

Nevertheless, the cuts were more significant than traders had anticipated due to a number of leaks, and it is unclear whether the current set of measures will significantly boost the economy’s supply side.

The Truss may be aiming to follow in the ideological footsteps of former Prime Minister Margaret Thatcher and President U.S. However, President Ronald Reagan noted conflicting evidence regarding how tax revenue reductions affect economic growth.

According to Tony Yates, a former Bank of England official, “If you look across developed countries, there isn’t a good correlation between output per head and the size of the state.” “America has a relatively small state and is extremely wealthy. But that doesn’t imply we should act in that manner.

The second issue is that, even if tax cuts successfully raise supply, the effect won’t be felt for some time, while their immediate impact is to raise demand. The tax cuts have also come on the heels of Truss’s plan to cap energy bills for households and businesses this winter, which amounts to even more fiscal stimulus.

And this is where the real problem lies. The Bank of England is frantically attempting to hike interest rates to slow the fastest inflation in 40 years. It indicates that the government and the central bank are tugging the economy in separate directions, which never ends well. Markets now anticipate that the central bank will need to raise rates more than before the measures’ announcement.

The pound and the U.K. experienced a sharp selloff as traders reacted. The currency fell to a record low of $1.03 on Monday. A pound bought $1.17 at the end of August. The 10-year gilt yield rapidly rose by half a point, and the five-year gilt yield surged even higher than that of the 10-year.

This has now shifted expectations to how the crisis might play out.

It spurred markets to price in emergency rate rises before the next planned meeting. If it did, it would be the first occurrence since the central bank’s independence in 1997.

George Saravelos, a strategist at Deutsche Bank, says markets expect the BoE to boost its benchmark by approximately two percentage points before the planned Nov. 3 rate-setting meeting, with a terminal rate of 6%. After a half-point hike in August, the current rate is 2.25%.

“If this isn’t delivered, it risks further currency weakening, further imported inflation, and further tightening, a vicious cycle,” Saravelos wrote in a note. But the hefty BoE rises are unlikely to materialize because they “would plunge the economy into a very deep recession.”

The BoE and the Treasury were obliged to act in response to pressure, issuing synchronized comments on Monday during this moment of extreme unrest. The central bank said it wouldn’t hesitate to adjust rates as needed. The Treasury moved ahead with plans to propose a wider package of reforms in November and said they would be reviewed and cost by independent bodies.

However, Truss and Bailey of the BoE now have few viable options because the damage to their credibility has already been done. Politically, Truss can’t afford to retreat on her intentions, but any additional aggressive actions may meet opposition from her party, given the unpopularity of the first round.

If the BoE raises rates earlier than expected, it might give the impression that it has lost control. New forecasts are due to be published by the BoE next month. Additionally, markets would probably want more, regardless of the size of the increase.

An inter-meeting decrease “would do more harm than good,” said Yates, who worked at the central bank for 20 years.

Weldon also believes that currency interventions similar to what Japan undertook to stop the yen’s depreciation are impossible. In addition, the U.K. does not have enough reserves to get far with such an endeavor; the experience of getting thrown out of the European Exchange Rate Mechanism in 1992—the last time the government sought to strengthen the pound via purchases—has left wounds, he added.

On that infamous Black Wednesday, when the government was trying to support the currency and currency dealers, notably George Soros, gained billions by shorting sterling.

With weeks to wait before the central bank’s next decision, gilts and the pound seem like a powder keg waiting for a spark.

In a string of tweets on Tuesday, Lawrence Summers, the Treasury Secretary under President Bill Clinton, expressed pessimism about the future.

In the short run, he predicted that the pound would depreciate below parity with the dollar and the euro. Borrowing rates will increase to more than 7%. He warned that a crisis in Britain would harm London’s reputation as a financial hub and that the International Monetary Fund may need to get engaged to stop spillovers to other nations.

The worst humiliation imaginable would be that.

The U.K. last needed a rescue credit from the IMF in 1976. It’s challenging to think that horrible again. A situation like that would nearly guarantee victory for the opposition Labour Party in the two years election.

On Tuesday, the IMF took the unprecedented step of publishing a statement warning against the government’s intentions, saying that it does “not propose big and untargeted fiscal packages at this juncture, since fiscal policy mustn’t function at cross-purposes to monetary policy.”

Truss’s fellow party members may lose their support for her if markets continue to reject her program. Members of Parliament could also be prompted into action out of fear that rapidly rising interest rates will make mortgage payments unaffordable for a nation of homeowners.

The fluctuation of the pound is receiving a lot of attention, but Weldon said that the state of interest rates is far more important. 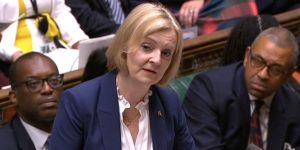 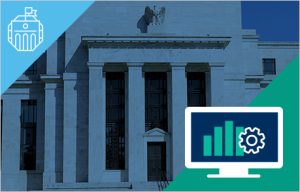 Next post What the CME FedWatch Tool Is and How It Works
Philjoe.co

According to the central bank, a broken government-bond market poses a risk to financial stability. For the second day in...