Stocks attempt to overcome a slight hangover from the morning when options expired to get some traction. However, the tape is still cautious about bond rates reaching fresh highs before an anticipated aggressive Federal Reserve announcement.

The S&P 500 fell below the 3,900 level last week, which bulls had hoped would hold after the hot CPI report delayed the expected start of a Fed ceasefire. This broke the little upswing from the mid-June low. It seems reasonable that it would put a possible retest in the vicinity of or below 3,650, but nothing is set in stone.

The index is currently sitting just over 3,850, the “down 20%” level from the high. It is beginning to produce oversold circumstances that are somewhat comparable to those seen at the year-to-date lows (albeit not nearly as bad).

For what it’s worth, the S&P 500 chart with the dates of Fed decisions circled illustrates that when the index has been on a severe decline leading up to the Federal Open Market Committee meeting, it has resulted in rebounds shortly after.

The combined inflation backdrop and anticipated Fed response is reflected in the 2-year Treasury yield, which is reaching 4% and resonating across asset classes. Some equity-valuation models that are solely based on this yield claim that the S&P 500’s future price-earnings ratio “should” be closer to 13x–14x than it is right now, which is 16.5x. Although it is a primary tool for determining fair value, ,it has tracked chiefly valuation trends in recent years.

It’s important to note that the equal-weight S&P is roughly there at 14.2x forecast earnings, with all the apparent overvaluation still concentrated in the extremely expensive large-cap growth stocks represented by the Nasdaq 100, which is still trading at 21x, the very top of its pre-pandemic range

On Wednesday, the Fed will undoubtedly want to continue arguing that if short-term rates reach their target (4% plus or minus a little), they will remain there for an extended time. I don’t see how this contradicts the bond market’s present pricing; therefore, for equities, the main factor is the delayed impact of the current tightening on the actual economy and earnings.

There is widespread agreement that the average estimate for profits in 2023 is too high, but it is far from certain that an average recession-related 20% decline is in the cards. On the negative side, numerous firms (FDX, a large portion of consumer discretionary) over-earned during the pandemic bust-boom period. On the positive side, there are multiple crosscurrents from strong nominal gross domestic product growth to a mix of less cyclical companies dominating the index.

The quarter-to-date charts show some hints of outperformance in the financial and consumer discretionary sectors, both of which are holding firmly above their June lows. If not entirely trustworthy, it’s worth seeing.

Given that the Fed is tightening without any consideration for the economic cost and that it is late September, the protective stance of tactical investors is not surprising. See if the same people who are currently selling into weakness are prepared to switch to a positive outlook in a month, as suggested by the Ned Davis Research cycle composite (combines the annual, electoral, and 10-year cycles).

The market has a mixed-to-soft breadth. Credit markets are holding up well and showing little sign of macro stress. VIX is circling about mid-20s. Although I wouldn’t anticipate any losses during the Fed meeting, this zone is kind of a “non-signal.”

Previous post For the First Time Since 2008, Mortgage Rates Have Risen Above 6%. 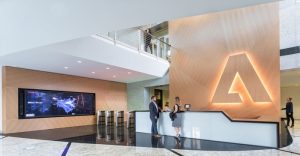 Investors abandon the market in response to persistently rising prices and Russia's attempts to intensify the conflict in Ukraine.Friday saw...